Change often brings about a sense of uncertainty.

Emily Tang liked her old life in China. Her parents described her as one of the top students in her class and a teacher’s dream.

“She was a very good student,” Emily’s father Jian Ming Tang said through a translator. “And she was having good grades.”

But on May 22, 2016, Emily, along with her mother and brother, moved from Guangzhou, China to San Francisco to live with her father. It was a reunion of sorts for the Tangs, as Emily’s father spent years in the United States trying to secure citizenship for his wife and children. The transition was tough on the entire family, especially Emily. 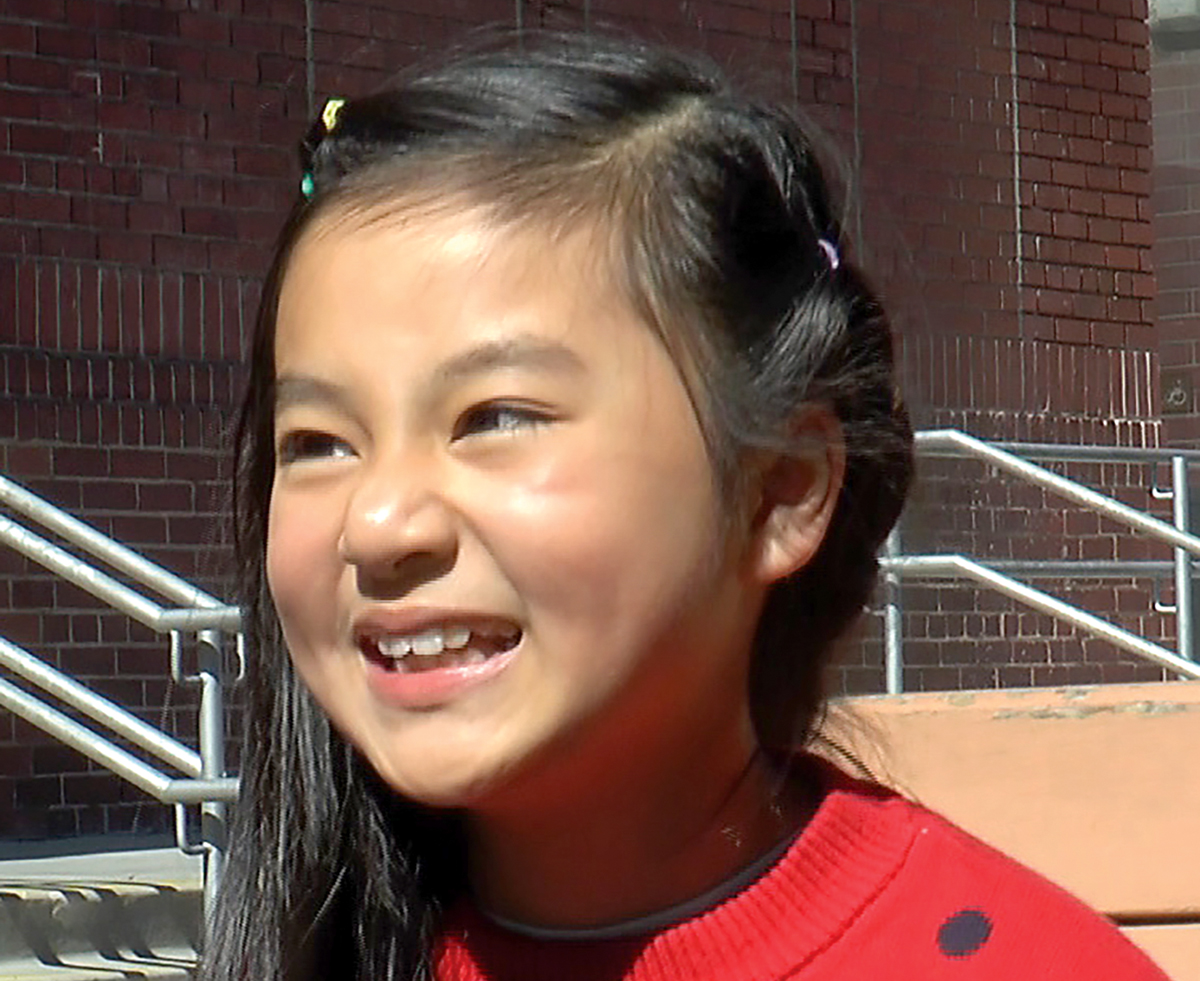 “At the start, I didn’t even know an English word,” Emily said. “So I can’t finish homework. And I don’t know what the teacher’s saying. So I can’t learn anything.”

Emily’s parents enrolled her at the Chinese Education Center, an elementary school for newcomer immigrants.

“I remember Emily the first few days, being very quiet,” Tam said. “Very reticent. Not too outgoing. And then, as she got more comfortable, her personality started to take shape.”

After one year at the Chinese Education Center, Emily transferred down the street to John Yehall Chin Elementary.

“She’s a very fast learner,” John Yehall Chin Elementary Principal Allen Lee said. “Though having gone through many learning challenges, she has persevered. And we could see the progress from when she first arrived to now.”

Emily’s mother credits the support system at both the Chinese Education Center and John Yehall Chin Elementary for her daughter’s rapid growth and success.

“The teachers here at the school are very patient and also very encouraging,” Weiu Xiu Qin said through a translator. “Letting her know that sometimes it takes time. Just very patient and a lot of verbal encouragement to help her along the way. She’s learned so much English already in such a short time.”

That encouragement helped Emily find a sense of confidence in her new environment.

“I feel like I learn so much stuff,” Emily said. “And I’m happy to be here because of course I have friends. And I can play around with them every day.”

Emily’s teacher, Jonathan Cheung, is hoping her work ethic and dedication will rub off on the rest of his students.

“I’m continually impressed with her,” Cheung said. “Just how fast she grows. How fast she picks things up. How motivated she is to better herself. It’s an inspiring story.”

In less than two years, Emily has gone from a once-shy young girl to a blossoming student who is quickly mastering the English language.